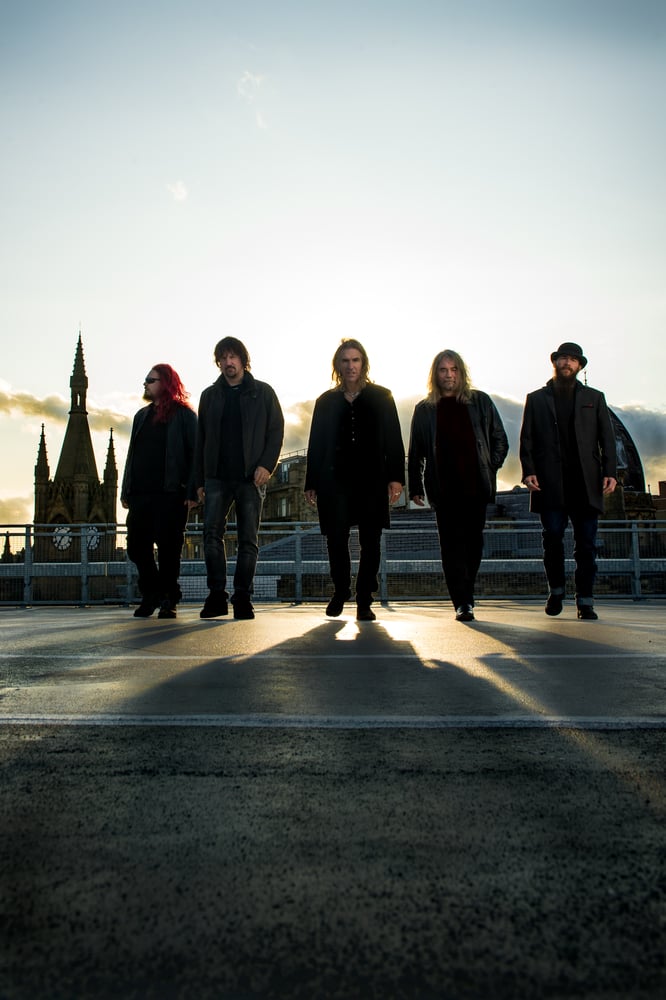 5 hours of music over 2 nights. Different set each night!

NEW MODEL ARMY
In October 1980 three musicians took to the stage in their hometown of Bradford to play a gig under the name New Model Army. Led by frontman and songwriter Justin
Sullivan, this was the start of a remarkable journey which, 40 years on, has seen New Model Army develop a fervent worldwide fanbase and reach multiple milestones of both creative and commercial success.
Members have changed over the years and musical styles have evolved but at the heart of the band Justin has remained, along with a distinct and sincere belief in the power of music to inspire and effect change on a personal and political scale, both locally and globally.
With the band’s hugely acclaimed albums Between Dog And Wolf (2013) and Winter (2016) bringing renewed critical appreciation, chart success and an ever-growing audience of new fans to join the legion of faithful devotees, New Model Army released ‘From Here’ in August 2019 followed by a mammoth UK & European tour visiting 11 countries.
"Their finest ever…..nothing short of astonishing” 9/10 Vive Le Rock (From Here)
From Here was recorded in early 2019 on the tiny Norwegian island of Giske at the beautiful Ocean Sound Recordings studio and reflects the spectacular isolation of that environment yet has profound messages for the world we all live in and the times we are experiencing.
The album gave the band their highest chart positions to date – entering the Top 20 in the UK and the Top 10 in Germany on release.
The band are celebrating their 40th Anniversary in 2020.

Founded in 1995, Tower Promotions was integral to the Gothic/Industrial scene in Dublin.
Originating from The Tower Gothic nightclub, Tower Promotions began organising concerts with many of the rising stars of the second wave of the Gothic Rock movement.
Starting with homegrown heroes This Burning Effigy other bands promoted include Front 242, Altered States, London After Midnight, Nosferatu, Vendemmian, Faith and the Muse, Spahn Ranch, Inertia, Der Blutharsch, Whitehouse and many many more, and for over 20 years has been the Irish promoter for NEW MODEL ARMY.

After the concert on Saturday evening The Tower nightclub will open it's doors one more time...

DJ Eric and guest DJ's will play a mix of Goth, Post-Punk, Industrial and Alternative music...

The print-out of your confirmation email or Paypal payment confirmation is your ticket. Please bring it to the event and exchange it for a hard ticket. Your name and the amount of tickets you've ordered is at the box office.